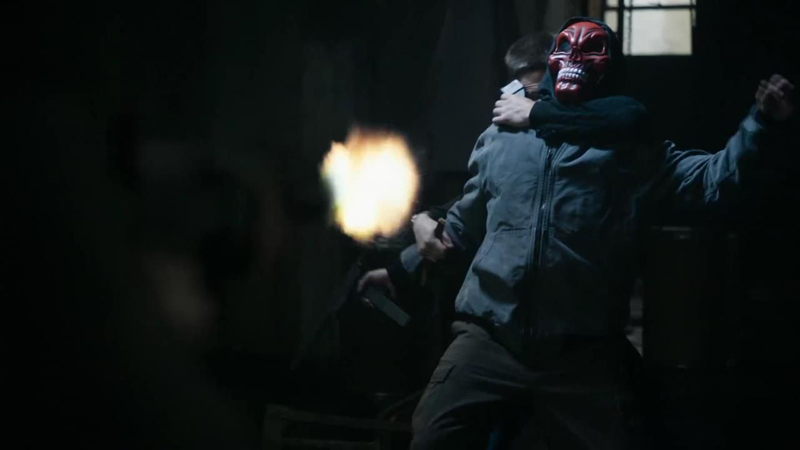 James is passionate about film and appreciates great fight choreography. In his 26+ years in film he has acquired so much knowledge and tonight he spent time sharing some of it. If you’re a stunt co-ordinator, fight choreographer, film-maker or even just love watching films I hope you were paying attention because the man just gave you a free lesson in fight choreography. 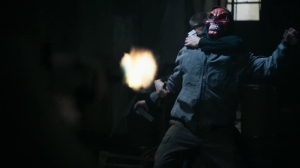 Timing is everything….within the timing, you hide the choreography, and it can become a “real” fight…..or….it looks like shit.

Intent in a technique is important….if a swing, and a duck/miss looks deliberate, the whole intent is lost to the audience,faking it up.

If it always has to be “fixed in post”….ie speed ramping, etc….it’s not a solid fight in the first place. Rehearse some more.

If you believe all the praise from the “yes” folks you keep around you, you’ve lost your edge, and it’s time to reconsider your career.

That’s enough with observations from me for tonight….please continue to enjoy your favorite shows…..as will I. Always learning.

Since listening to James talk about fight choreography I’ve watched the other guys in group fight scenes, the ones that wait until it’s their turn to enter the fight. I hope a future Arrow DVD Special Feature will show the fight design process. We’ve seen James in rehearsal. I’d love to see how he comes up with the ideas. Perhaps ‘A Day in the Life…’.

Well I wasn’t sure about speed ramping so I looked up the term on Google. It’s a technique where the scene is either filmed at a faster rate so that when played at normal speed it appears in slow motion, or conversely it could be filmed at a slower rate so that when played the action in the scene appears faster. I guess there are sometimes trends in style. A film or TV show is successful and then everyone tries to copy it’s style. Perhaps rampant, hehe no pun intended, use of speed ramping is like that.

It’s worse when the films that are successful produce repeat after repeat, each very much the same as the previous. Fans do need to take some responsibility there. We like a film so much, we demand a second and a third. Can we just appreciate a film for what it is and not expect that every cool film becomes a franchise?

Anyhoo, I just felt like writing. I was very impressed reading James’ tweets tonight and I just wanted to say that. When I say James is awesome it’s not merely ego stroking, I really mean it. I can see the effort that goes into the fight scenes on Arrow.