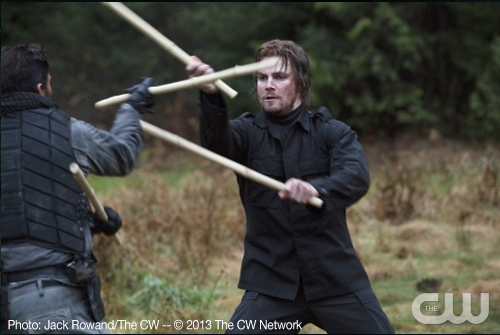 Well the season finales have been aired and EW have posted a poll of the best things in the finales. Arrow has nominations in several categories: Most unforgettable line, Most Rewound Moment etc. Arrow stunts have received a couple of nominations – Most likely to win an Emmy (Stunt Co-ordination) and Best Fight.

Arrowheads, lets get out and vote our asses off to support the stunt team