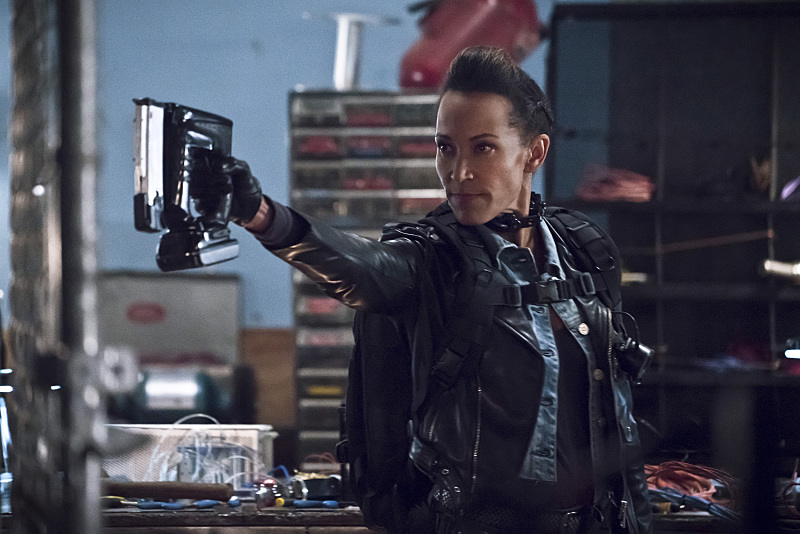 I’ve been doing a little research on DC’s Demolition Team. In the comics the team are a group of mercenaries, hired to destroy the LA branch of Ferris Aircraft. The leader, Rosie was:

Another member, Hardhat was a:

“former heavyweight boxing palooka from New York City. His powered helmet and harness made him into a human juggernaut, currently a resident of Limbo.”

Trivia for those like me that hadn’t heard the term palooka. It refers to a boxer that isn’t very good and takes a dive.

In Arrow, Code of Silence Rosie and Hardhat are portrayed by Stargate’s Rachel Luttrell and Marc Trottier, who was a Spartan warrior on 300 and Fight Choreographer on Darkness Waits and The Job.

It’s unknown what mysterious team member Daniel Cudmore is playing, perhaps it’s a spoiler for the episode and stunts.

In Code of Silence the Demolition Team are employed by H.I.V.E to take down Team Arrow.

James gave some more information on the weapon Rosie is armed with in the still photos for the episode:

We do know that the theatre where the Mayoral Debate was filmed was evacuated and it appears from the trailer  the Demolition Team attack the building and the team members.