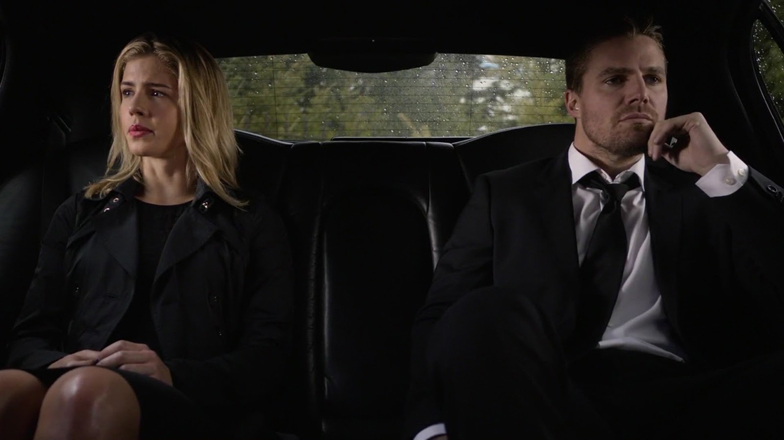 It’s expected that a James Bamford episode will come with exceptional action scenes, however I thoroughly enjoy what James brings to dramatic scenes.

“He has got such a touch when it comes to the human side of it as well, the character side of it, the story side of it. That’s what I mean he personifies the whole thing Arrow is. It’s not just an appreciation of wham bam thank you ma’am look at these graphic stunts, you can sense the humanity in there as well and Bam is brilliant with that stuff. I was saying to him the other day, he’s given me some of the best notes I’ve ever had on Season 4 from an acting point of view. He’s so, he’s really tuned in with the story and with the characters and that’s kinda what Arrow is all about.”

Think back to the following scenes:

Oliver and Felicity inside the limousine at the cemetery in Blood Debts (James filled in directing that scene). 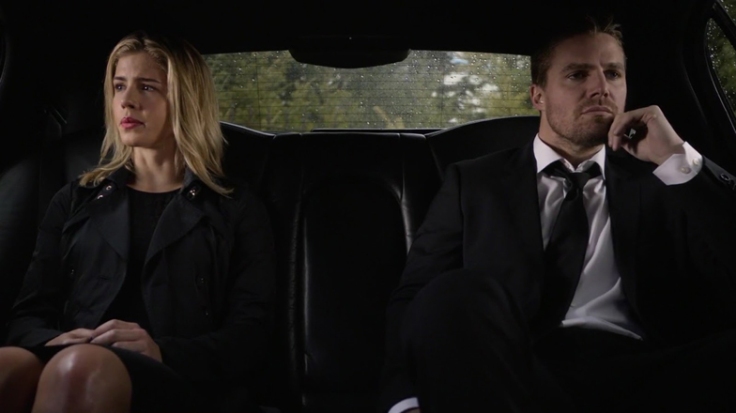 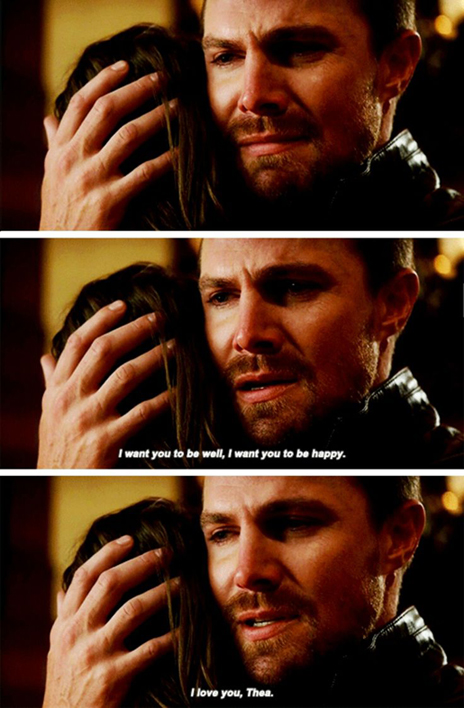 Having worked with the cast for 5 seasons, James has gotten to know each of the actors and their characters well. He can can utilise this knowledge, as well as his experience acting in theatre, film and television to collaborate with the actors to produce some powerful scenes.

John Barrowman (Malcolm Merlyn, Arrow) watched the episodes James directed that he wasn’t in and said:

While the audience and critics give attention on the big action scenes, I’m continually delighted by the incidental procedural scenes. For example, a smooth progression from the elevator to the command center in the bunker, introducing all characters to the scene. I find them visually stunning and a refreshing way to shoot the ordinary.

It pays to pay attention while watching a James Bamford directed episode of Arrow as there will surely be some Easter Eggs (a hidden message or nod to something important to him or the fans) found within.

Recently fans were delighted to see the appearance of Yao Fern, the Olicity plant in the 100th episode, Invasion! In fact it was James that added YaoFern to the scene, as shared by Executive Producer Marc Guggenheim and Stephen Amell:

@JamesBamford Just learnt from @StephenAmell Facebook page, we #olicity fans had you to thank for the return of the fern, so thanks a lot.

When a director connects with the overall story and recognises something from previous episodes, it’s a big deal for fans. It shows that it’s more than a job to James. He is truly committed to where his episode lies within the big picture and has respect for the fans.

In an industry where time equals money, being prepared and efficient are excellent qualities for a Director and James Bamford is known as an efficient Director. In an EW SDCC interview for Season 5, Willa Holland shared that James often filmed 9 hour days, which is rare, and I’m sure appreciated by the cast, crew and producers.

Thanks for following the 3-part series. It sums up what I appreciate from a James Bamford directed episode and what his vision has brought to Arrow. He’s helped to create a signature for the show, firstly through stunts and then through his directing. It was a fantastic decision to hire him to direct.

If you’ve missed an article, here are the links: